The show will feature “Dutch Stuff,” a solo exhibit of watercolor paintings by James Van Duzer, in the Lundt-Glover Gallery and an exhibit of artwork by the ALC general membership in the strolling galleries. 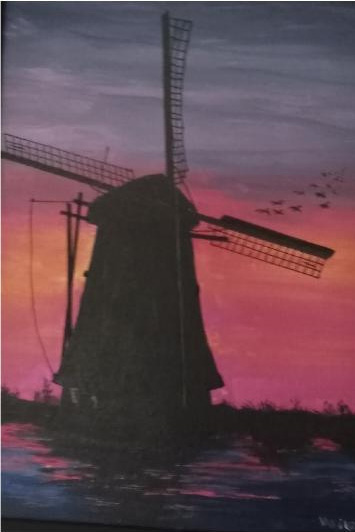 Silhouette,” an acrylic painting by James Van Duzer, will be in his solo show “Dutch Stuff” at the Fall ALC Show

The Opening Reception for the solo show “Dutch Stuff,” will feature Dutch treats from a Dutch-American bakery and recordings of music on Dutch street organs, which are similar to calliopes. 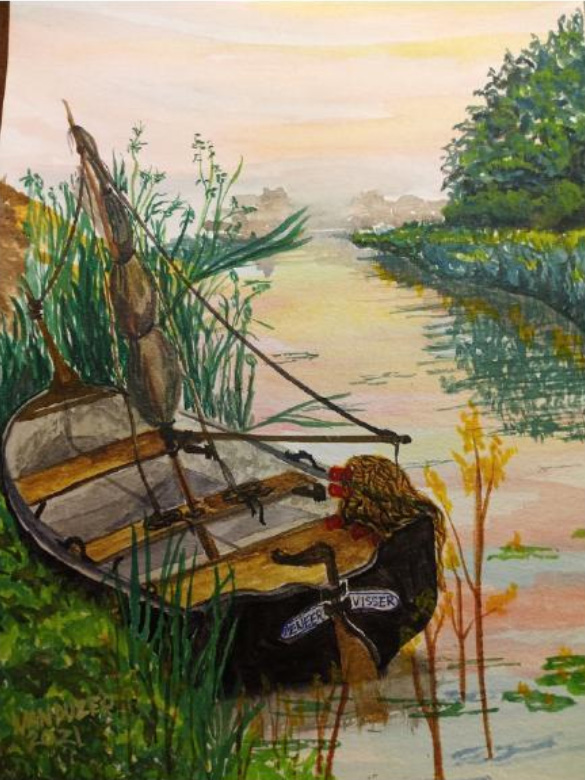 “Visser Boet”, a watercolor by James Van Duzer, will be in his solo show “Dutch Stuff” at the Fall ALC show.

The show is free, open to the public, and handicapped accessible. Masks are optional unless mandated by future state or local Covid protocols at the time of the reception.

Artwork in both shows will remain on display at the Municipal Building, Monday through Friday, from 9 a.m. until 4:30 p.m., until Dec. 5.