FANELO AGUAYO has been making films for two decades in Spain, Boston and New York City. But he has been a painter as well, working mostly with oils.

Painting is for this Spanish-American artist “a need like eating or sleeping -he said. But it is also a method to let go, to fight the demons and make the angels fly. It is a tool to find the truth and expose the lies. It is a universe where you can be heard and understood, a vaccine to survive without going insane. It is a path to live and let die, a passport to enjoy today and tomorrow”.

In 2015 Fanelo won the “Marian Anderson Memorial Award for Portraiture” at the Visual Arts Center of New Jersey, in Summit.

You can see more of Fanelo Aguayo’s work oh his Instagram. 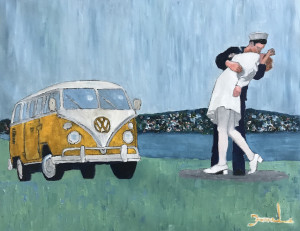 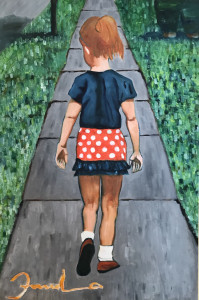 Fanelo Aguayo, “Walking to the 4th of July Parade”, oil.